What’s in a name? Navigating branding in M&A

2020 was a stellar year for mergers and acquisitions (M&A), with US$3.6 trillion in M&A activity taking place across the globe according to Refinitiv. With the first half of the year heavily impacted by the pandemic, this meant a record-breaking second half – and 2021 promises to boast even higher numbers. With brands thriving on differentiated positioning, and M&A activity being predicated by – usually – one brand buying another, consolidation naturally has an array of marketing and branding implications.

While a fully integrated organisation may be greater than the sum of its parts, achieving a synthesis between two once-rival brands is difficult, especially in the world of financial and professional services. To cement the unity of the new entity – and implement a cohesive branding strategy that avoids unnecessary conflicts – many merged organisations opt to carry out a brand merger, creating a new corporate brand that serves either as a combination of the old ones or as something entirely new.

Financial institutions are particularly fond of brand mergers. The ‘big four’ U.S. banks – Bank of America, Citigroup, Wells Fargo and JPMorgan Chase – are all products of a series of M&As. Three of the four leading global accountancy and consulting companies – KPMG, EY and PwC – owe their acronym-based brand names to a series of past mergers. Law firms and marketing agencies are also known for following similar patterns.

Yet pulling off a successful brand merger is not straightforward. Brand equity is a big deal – it has been estimated that it accounts for over 30% of the stock market value of the S&P500. Departing from familiar, recognised brands risks throwing away hard-earned brand equity, as customers and stakeholders are suddenly faced with new names and logos that they have no attachment to. Indeed, studies have found that brand mergers have the potential to diminish brand equity.

There are a number of strategies to avoid this and manage brand mergers in a structured, cohesive manner. Combining two brand names, as done by BNP Paribas, is seen as more likely to reflect a merger of equals. Alternatively, joint branding – where both brands are displayed together – is often adopted temporarily in order to allow the market to adapt to the new combination, facilitating the gradual transfer of brand equity between the two. Morgan Stanley and UBS, in their mergers with Discover Dean Witter and Paine Webber respectively, both employed this strategy.

On occasion, new brands are created by combining the name of one organisation with the logo or symbol of another. UBS, which according to the bank’s own records is the product of over 300 distinct firms coming together over centuries, was formed by combining the name of Union Bank of Switzerland with the logo of the Swiss Bank Corporation. Union Bank had a stronger retail operation, whereas Swiss Bank was widely regarded as the leader with regards to international investment banking. Upon acquiring Dresdner, Commerzbank combined its signature yellow colour with the Dresdner ribbon logo, creating a unified symbol to carry alongside the Commerzbank name.

As part of my Masters dissertation at the University of Leeds, I studied this sort of brand merger – conducting research that suggested consumers prefer retaining the name of the stronger brand (combined with the logo of the lesser one) rather than vice versa. This approach was also found to be preferable, in terms of maximising brand equity, to combining the two names. The study found that customers develop stronger emotional attachments with brand names rather than with logos.

Our own brand merger journey

Of course, at Finn Partners we are no stranger to brand mergers. Moorgate Communications started out as a specialist financial communications agency in 2001, and was later acquired by Finn Partners in 2019. Upon the acquisition, the new entity was branded ‘Moorgate, a Finn Partners company’, deploying the joint brand strategy discussed above.

But that was just the first step in the brand merger journey. The following year, the brand evolved into Moorgate-Finn, displaying the growing integration between the two organisations and reflecting an archetype of fused brand names common in the marketing communications world.

In June 2021, the transition was complete. The Moorgate name having served its tour of duty, the business became known officially as Finn Partners’ financial services division. The transition period allowed brand equity to transfer naturally, giving key stakeholders such as clients, staff and media time to gradually associate the brands together and build necessary trust.

Organisations spend years carefully curating their corporate branding, investing significant resources to build strong brands that stand out. More importantly, a powerful brand means something in the eyes of customers, giving it real value. It would be a waste for this value to be lost. The branding implications of M&A should be treated as a real priority during the planning stages of the deal making process, and brand mergers ought to be approached with due strategic consideration, enlisting specialist counsel if necessary. Some of the most iconic brands in finance have been born of brand mergers – if done right, the partnership can deliver real results for both sides. 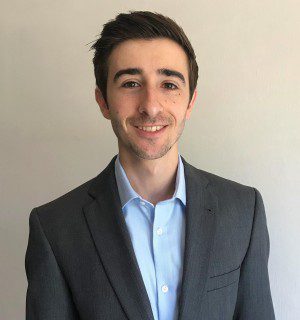