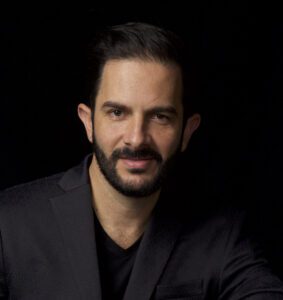 Aguilar joins FINN from his previous role as Chief Creative Officer of Grey Wing New York, where he achieved record-breaking revenues and a slew of top-tier award wins, including the agency’s first Gold Cannes Lion and earning recognition as Grey North America’s most awarded agency at the 2019 Cannes Lions and 2020 Effie Awards.

“Hiring Pepe is part of our continued investment in top-tier talent to solve our clients’ complex business challenges. FINN is known for our world-class communication capabilities and we’re doubling down on creativity as rocket fuel to serve our clients with proven expertise and ingenuity. Pepe embodies our core values and commitment to excellence, while also bringing a valued global perspective. He’ll be a tremendous asset to our agency teams and clients,” said Noah Finn, founding managing partner, Global Integrated Marketing. Aguilar’s appointment follows on the heels of Creative heavyweight hires by the agency in fast-growing regions, including Chris Edwards, Senior Partner and Executive Creative Director in Boston and Peter Levin, Creative Director in Detroit.

“I’m very excited to join a company that puts people first, that is driven by values and a culture of collaboration, and that sets its goal on changing the world for good. Isn’t that what every agency should be trying to achieve?” said Pepe Aguilar, Executive Creative Director, FINN Partners. “For many decades, before the digital revolution, creatives dreamed of changing the world through advertising. This dream became a reality when brand communication stopped being a monologue and evolved into a dialogue where the voice of one person could resonate as loud, or even louder, than the voice of a brand. Since then, many brands have stood up to the challenge and are actively striving to create a better world. These are the times we live in. This is a great time to be a creative, when ideas can change not just an industry, but the whole world,” he added.

“The influx of amazing talent to FINN is a testament to the power of purpose as a magnet for retaining and attracting the best in the business. We are also letting the market know that our combined talent and unmatched expertise best position us to chart the future of our clients’ businesses,” said Matt Bostrom, Managing Partner at FINN.

Prior to Grey Wing, Aguilar held highly successful posts at other Grey outposts across Latin America, including Vice President Creative at Grey Mexico, where he won 14 pitches during his first year, Effie Agency of the Year 2014, and first place in Mexico’s 2015 Cannes Lions ranking. He also led Grey Peru and Maruri Grey Ecuador, driving double digit revenue growth and industry accolades at both agencies. Aguilar has also held Creative leadership roles at JWT and Lowe.

Aguilar is also frequent speaker and diversity advocate at prestigious events, including Hispanic Leadership Summit (United Nations), Cannes Lions, Rebels & Rulers (Romania), Cannes Lions Edit (Ecuador), and Grey’s Global Creative Council. He has an MBA from the Berlin School of Creative Leadership. A true global citizen, he has lived in the US, Mexico, Canada, Ecuador, and Peru.