Empowering women to have healthy pregnancies, both mentally and physically, is vital to laying the foundations for growing healthy and stable communities. Well-supported family planning and good reproductive health and well-being are key to ensuring this.

Sexual and reproductive health has long been an area that has seen variation in levels of care according to factors like ethnicity to deprivation. Like many other areas of healthcare, the global pandemic has only served to exacerbate the differences. Indeed, there were calls for greater high- quality testing after it was revealed at the annual conference of the British Association for Sexual Health and HIV, that an unknown STI, more common than gonorrhoea, is surging among women from ethnically diverse backgrounds in more deprived communities.

Data provides crucial insight into where change is needed, not just globally but right down to the local level, identifying those individuals and cohorts of people who need support to be well, healthy, and thrive.

While some variation in care can be expected, studies show women from some demographic groups in the UK experience far worse outcomes in early pregnancy, maternity, infertility, and gynaecological conditions. Collecting rich data from communities and using a deep-dive analysis can highlight cohorts of people who are at greater risk, enabling health systems to target them with more proactive support and information.

They also revealed that living in the most disadvantaged areas is associated with higher admissions for conditions such as pelvic inflammatory disease and ectopic pregnancy, higher rates of teenage pregnancy, and higher abortion rates – which potentially indicate difficulties in accessing contraception in these areas. Teenage pregnancy rates are higher than the national rate among lesbian and bisexual women and cervical screening rates are also lower, which may be an indication of the need to address structural or social barriers.

Supporting women during and after pregnancy

Having the information and tools to support more women during and immediately after pregnancy could help to ensure improved outcomes. A study into maternal death in the UK revealed Black and Asian women have a higher risk of dying in pregnancy. Heart disease, epilepsy, and stroke are the highest causes of maternal death but maternal suicide remains the leading pregnancy-related cause of death over the first year after pregnancy. Assessors felt that improvement in care might have made a difference in the outcome for the 67% of women who died by suicide.

Being able to share information with everyone involved in the care of pregnant women and new mothers is key. Joined up working and awareness of a woman’s background and her current situation can help to put the right care and support in place: whether for mental health, substance or possible domestic abuse, or illnesses such as cancer. For example, studies show that pregnancy and post-partum are times of increased vulnerability for the onset or relapse of mental illness. Being able to correctly identify women who are at risk would provide opportunities to put in place preventive and supportive interventions. Ensuring a closed loop around that shared information can also ensure that the focus of care is not just on the pregnancy but on the woman herself.

Find out about our health sector here. 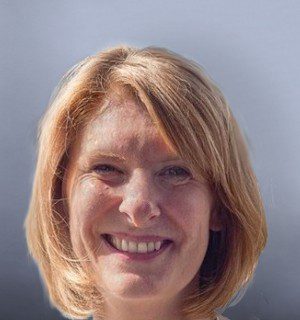