Clubhouse – Fab Or Fad App For The Travel Industry?

Move over TikTok, there’s a new cool social network in town called Clubhouse – an audio-only social media app that allows people from around the world to connect and talk. But will this new app simply fizzle out and be ditched once the hype dies down? We’re pondering over the opportunities that can be gained (whatever the shelf life of the app) and if the travel industry can get a piece of the digital pie.

Clubhouse essentially allows you to casually drop-in to talks between people from all over the world. Some people have likened it to making an appearance in a live recording of a podcast. You can share your stories, ask questions, debate, learn and give advice on thousands of different topics from music, film and culture, to race, tech and beauty.

It feels uber private as it’s currently members-only (so you have to be invited) but Clubhouse insists that “it’s not intended to be exclusive”. Apparently, the brand is working to make it available to everyone and wants to “prepare features that will help it handle larger numbers of people.” So it sounds like when Facebook was only available for selected universities, then suddenly everyone was welcome.

The app was founded in May 2020 and was reportedly valued at £73m at that time. At the start of December 2020, it had just 3,500 members around the world, but this number soared rapidly and now it has over 600K. High profile Clubhouse members include Drake, Ashton Kutcher, Jared Leto and even Oprah.

So, what are some of the benefits that comms professionals can gain from Clubhouse? Well aside from the juicy gossip that we all love, the app goes above and beyond discussions, and has been used as an audition room for the musical Hamilton where users sang and had a chance to win tickets to see the show in London. Popular podcast presenter Oloni Dee hosted the audition, alongside members of the current Hamilton West End cast. The winner was then picked through a Twitter poll. This attracted hundreds of listeners to tune in and #HamiltonCH even ended up trending on Twitter. These are the things that social media communications experts dream of, and this one tactic alone can easily be adopted for the travel industry. Maybe we’ll start to hear social media users belt their hearts out to a destination’s national anthem for the chance to win a holiday…

With any new app, it’s important to consider the risks. With Clubhouse, anyone can create a room and claim they’re an expert in their field, which can fuel fake news, so more verification on the moderator’s expertise is required. Obviously, this can be done with a bit of social media account analysis (checking out other social media profiles, doing a quick Google search and we would consult our brilliant tool Tagger) but it would be good if the founders were able to build in some sort of feature within the app that confirms their credibility. Also, some rooms can feel a bit salesy – this is something which isn’t really new in the physical world (think back to those conferences you’ve been to in real life where one of the speakers was just blatantly and crudely trying to promote their product). The real-life conference rules still apply – if you’re not presenting or discussing something of genuine value to audiences, then they will exit the chat. Lastly, the app doesn’t allow you to record or save sessions, (however you could in theory record conversations using additional devices). This is a blessing and a curse – participants feel free to be brutally honest, but this can also offend some audiences depending on the topic being discussed.

In summary, we can definitely see that there can be many opportunities taken from Clubhouse, but what’s interesting and unique is how you can also run an activation alongside another social platform, such as Twitter, to strengthen your campaign. With any new social media network that’s creating digital waves, the trick to getting lots of attention for your campaign is to jump on board the platform early doors before competition gets tough. New social media apps on the block tend to feel a bit rough and ready too, as they’re sometimes in beta (meaning that some features are still in testing mode). Clubhouse is currently in private beta mode, meaning a version of the app has been released to a restricted group of individuals for a user test – hence why it’s currently invitation-only. For this reason, it’s necessary to assess all the risks that could come into play before launching any activations.

There’s definitely a space for Clubhouse to be part of the popular app crew, but will it continue to be the most talked about app in forthcoming months? I’m not so sure. I think once it comes out of private beta mode and then anyone can join, it will stop being perceived as hot property. However, although it may lose its title as the coolest app on the block, I think it will definitely still be useful as it’s unlike anything else out there at the moment. 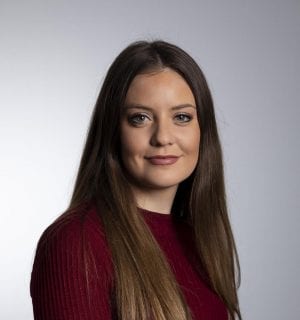