Eight months after the March lockdown began, there looks to be light at the end of the travel tunnel with Grant Shapps and his Global Travel Taskforce’s announcement of the much fêted Test to Release programme which claims it will reduce quarantine periods from 14 days to just five for those returning from destinations not on the Travel Corridor List.

This sounds marvellous I hear you cry, I can jet off to Malta (not on the corridor list) and then just kick back for five days when I get back.  That’s about as long as it takes to sort the holiday laundry, restock the fridge with an online order and catch up on The Great British Bake Off.  Alas, it is not as simple as that; there is a cost…and it’s expensive.

The current permitted tests for travel are the gold standard RT-PCR tests and there are various ways you can get these with costs ranging between anything from £120-£180. Under the new ‘Test to Release’ scheme, which comes into effect from 15 December, there is a price tag of between £65 – £120 and you must use one on a GOV.UK list which has yet to be made public.

This makes a trip for a family of four up to £480 more expensive. Adding to that, many destinations require a negative test on arrival, so that’s another £480 before you have even put on a sun hat and a spend of nearly £1000 on testing per holiday. Suddenly that steal of a deal to the sun doesn’t seem so attractive and that’s the problem the travel industry has with the news – it sounds great, but the practicality of it is less so.

But there is hope that this cost will come down as intimated by The Secretary of State in his morning round of interviews. The Test to Release scheme will allow for the newest batch of innovators and the rapid LAMP tests to be used by those seeking a negative result to pay their way out of quarantine. Until now, these haven’t been an approved form of testing and currently many destinations are not accepting these tests as part of their health screening protocols but it looks like it is a matter of time before all this changes globally and rapid testing becomes the norm. Virgin Atlantic is already using the FRANKD test on routes for pilots and crew and there are numerous eminent doctors who hail testing as the way forward.

Dr Charlie Easmon of Liverpool School of Tropical Medicine and private Harley Street practice Your Excellent Health has been testing patients for Covid-19 since spring: “Testing is the best solution because it is rooted in science. It is accurate, fast, simple and non-invasive, qualities which the current quarantine system is not. The new 30-minute RT-LAMP tests are certainly going to be a gamechanger for the travel industry as it will allow for a more efficient system where tests can be taken and results can be issued with accuracy, immediacy and certainty.  I can see a system where tests are combined with a short five-day quarantine being very effective.”

Simple but effective, FRANKD has been developed by biotech firm GeneMe UK and in conjunction with digital ID platform Yoti, the paperless process promises to deliver test results to a user via an app within 30 minutes.  It’s futuristic stuff that gives hope to the beleaguered travel sector, particularly given the £25 price tag. Rupert Graves, Co-Founder, GeneMe UK said: “RT-PCR has a place in testing, but for airports, airlines and tour operators RT-LAMP can unlock travel because testing is quick, you don’t need a lab, it is highly accurate and certified results can be sent digitally to a secure ‘wallet’ or ‘passport’. Being able to get rapid and accurate test results with a proven and secure link to a unique individual will be the solution the travel industry has been calling for.”

Since news was leaked over the weekend about the new Test to Release regime, shares in travel companies including EasyJet and British Airways owners IAG and TUI are all up between 3.5 and 9.5 per cent. Anecdotal reports from clients are that this market confidence is being echoed by consumers as more enquiries and bookings have already started to come in since the story broke.

This looks like the beginning of the road to recovery and gives the entire industry a reason to be cautiously optimistic as we approach what would traditionally be our peak booking period. Let’s hope  that these faster, cheaper and accurate tests pave the way for the travel industry to get back from the brink and give much needed confidence to the pandemic traveller. 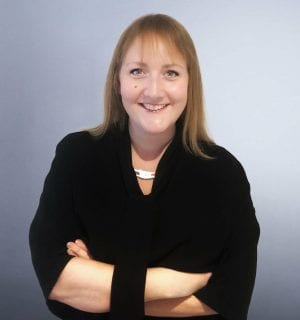