The dangers of the echo chamber effect in B2B communications

As with many digital natives, we tend to follow people, online communities or media sources that we like or agree with. Before long, we’re talking and listening to plenty of like-minded people, hearing our own opinions being reflected back to us, and generally feeling pretty good because everyone seems to be able to agree on everything.

Wouldn’t it be great if the real world worked like that? Well, unless we actually want to learn less over time, and having our beliefs harden into uncompromising positions that tolerate no dissent, the answer should be a resounding “No”.

These are unfortunate outcomes of what is known as the echo chamber phenomenon. Echo chambers reflect back to us the very things that conform to our beliefs and views. While echo chambers are emotionally comfortable, they get in the way of our ability to learn, to adopt new ideas, and to see things from the other person’s point of view. Nate Silver, who wrote the book “The Signal and The Noise”, made a reference to philosopher Isaiah Berlin’s old saw about the fox and the hedgehog. Hedgehogs, Berlin noted, viewed the world through the lens of a single ideology, while foxes drew on a wide variety of experiences and for whom the world cannot be boiled down to any one idea. Silver builds on this story by postulating that foxes are more likely to have a more accurate view of the world, since they are willing to consider and incorporate new data into their thinking models. Ergo: hedgehogs are more likely to live in echo chambers, and because of their unwillingness to accept deviations to their one single ideology, their mental model of the world run the risk of deviating further from reality over time.

Unfortunately, the echo chamber is reinforced through many of our most common online interactions. We tend to think that Google gives us an endless diversity of information, but in fact, that’s not true at all. Google tailors the delivery of information in search results based on what it knows of our interests and historical behavior.  Amazon understands that the echo chamber effect is actually a very profitable one, and makes recommendations based on what you’ve previously bought or browsed through. And we follow people on Twitter that we find “interesting” (i.e. we agree with their views) and then get drawn further into their circles of similarly like-minded people.

How to spot echo chambers

Echo chambers are dangerous because if we spend too long a time in them, our opinions become vitrified. We think of our views as ‘the truth’, and we gradually lose the ability to see other points of view; which helps to explain why political discussions today are more polarized than ever. But we also need to watch out for echo chambers in the business of B2B communications. For instance, we’ve had requests (though rare) to work only with “friendly” media, instead of those who may have asked tough questions in the past. We’ve sat in campaign brainstorms with clients, where everyone spent the whole session agreeing with whatever the most senior person in the room came up with hughesairco.com. And during our media relations and crisis communications training sessions, we’ve also seen the reflexive tendency amongst organizations to ignore or disregard views they are uncomfortable with, mainly because those views challenged dearly-held beliefs about the perceived sanctity of their product or brand.

So, the next time we hear or read something that automatically triggers feelings of discomfort, we should take a step back and ask: are we rejecting it simply because it’s totally alien to what we’re used to hearing? Or do we listen with the hope that we may learn something new? In a business of constant change, the echo chamber, while comfortable, is ultimately a cul-de-sac for all right thinking B2B communicators. 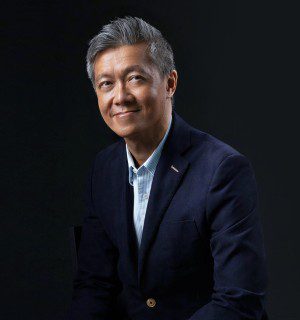