Humans of the Agency: Kawei Chin 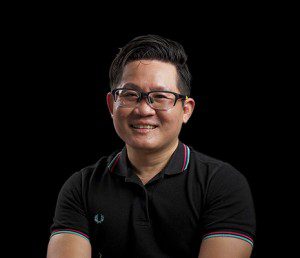 You had a very different journey to parenthood. Could you share more about that?

It was certainly very unconventional! Even though my then-girlfriend and I had been together for some time, her pregnancy was completely unexpected. Neither of us was planning to be a parent at all, so it truly came as a shock. We decided to keep the child, but it also meant that we had just a few short months to get everything in order. First we had to get married, then we had to prepare for the baby to arrive in late December. On a personal level, I had to transition from being a boyfriend to a husband, and then to a father in a matter of months. It was a very overwhelming to say the least.

All of this happened while you were already working for Finn Partners Singapore. How was that like?

Honestly, with so many things happening at once, I felt that the two-week mandated paternity leave wasn’t quite enough. It was my wife’s first time being a parent as well, so I felt that I needed more than two weeks to accompany her and my newborn son. I actually planned to bring my annual leaves forward, just so that I could be there for the family.

However, Michael Keok, our Creative Director, told me to take however long I needed. I didn’t even need to work from home. Altogether, I ended up taking about 1.5 months off work before and after the birth of my son. This was also during the Chinese New Year period, when my teammates Fiolita Bernadette and Siska Laurentia would typically go back to their home country in Indonesia. For that year, they stayed back and covered my work, and I was incredibly grateful for their sacrifice. 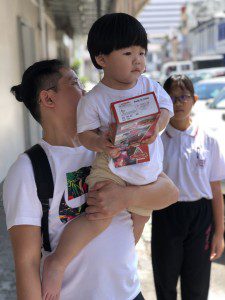 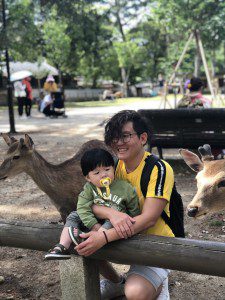 You were also separated from your son for two years during the COVID-19 pandemic. How did you cope with the separation?

In the ideal world, we would have planned for everything. However, as I have mentioned, we didn’t have a lot of time to prepare. Both my wife and I were working in Singapore at the time and away from our families, which meant that there was no one to take care of my son. Also, childcare in Singapore was and continues to be incredibly expensive, and we simply couldn’t afford. When the COVID-19 pandemic struck in early 2020, we made the painful decision to leave our son with the in-laws in Johor Bahru, Malaysia, while we returned to Singapore to work. For two whole years, that was the arrangement. It was a very difficult time for us.

You have since reunited with your son. Can you walk us through that?

In November 2021, after nearly two years of being away, I decided to return to Johor Bahru. I needed to see my son. And because I had been away for so long, Mike allowed me to work remotely from there for two straight months. This meant that I could bond with my son, make up for all that lost time, and still fulfill my work duties.

Looking back, my son changed so much within those two years. The saddest part was that I mostly saw those changes through my phone via video chats. I felt incredibly guilty for missing out on those precious moments. So going back to Malaysia, seeing him for the first time in a long time, and spending those two months with him — it’s so precious to me as a parent. I will never forget it.