As an SME, we don’t have a fixed policy that defines our team building activities. Our guiding principle is to encourage plenty of collaboration, brainstorming, discussions, group huddles and spontaneous freak-outs in the office.

We feel that team members who get to know one other on a personal level – rather than merely professional – work a lot more effectively and harmoniously with one another. When things get tough (which for an agency usually means ‘Tuesday’), tight-knit colleagues cover for each other, put their heads down and get the job done.

Having worked in large companies in the past, I’ve experienced how formalised team building policies and schedules can sometimes lead to employees feeling that participation is required by management decree. That’s why we don’t set down a written policy, nor do we browbeat employees into participating. Without a sense of sincerity and spontaneity, the spirit behind team building is lost.

As such, at Ying Communications, team building activities are organised spontaneously. Activities include:

We also make it a point to celebrate birthdays together at the end of every month, go out for meals, events and drinks together regularly, and hand out flowers and face masks on St Valentine’s Day.

What’s more, not every team building activity is planned: there are times when our local warblers spontaneously burst into song in the middle of work day, or the resident guitarist goes around serenading stressed-out colleagues

When it comes to organising the activities, it all depends on the scale of the activity and who it is meant for.

If the activity is a big one – such as the time we closed the entire office for a day at Universal Studios in August – we’d normally get the directors to organise it and announce it as a pleasant surprise to the team.

Regular activities – like the end of month group birthday celebrations – would be arranged by our HR manager, assisted by colleagues who volunteer to buy food and drinks.

If it’s an ad hoc event – like arranging for a popular movie screening – the employees organise it themselves and claim from the office kitty.

Of course, there are probably a lot of activities that I’ll only be aware of after the fact – the heads of the respective departments do have the leeway and budget to organise activities for their own teams. So I’ll only know about those once the pictures appear on our company Facebook.

Of course in a fast-paced marketing and PR industry, organising such team building activities are not without its challenges.

If I were to sum up the main challenge, I’d say: “the spirit is willing, but the clients are still talking”. I’ve lost count of the number of times we’d agree to go off for team dinners, drinks or movie nights at 6pm, only to end up leaving the office at 9.

But it doesn’t stop us from having any less fun. Of course, there will be times when going-out plans are hastily converted into an office pizza-and-punch party. We’re willing to be flexible, as long as we don’t compromise on the fun.

As a result of these activities, we have seen happier, more engaged employees. We see a collegial workplace with plenty of camaraderie, lots of laughter, and little drama.

I’m also extremely fortunate to be part of a couple of employee WhatsApp groups, and you can get a sense of the infectious humour, energy and fun on these groups.

Agencies as a whole have a high turnover and we aren’t entirely immune from this, though we feel we do better than most. We do have employees who have stayed with us for quite a few years, and some who even come back!

For those who do leave us, they typically stay friends, if not colleagues. While I can’t quantify the return on investment of our time, effort and money spent on team building activities, I’d never give them up as the satisfaction we get from these lasting relationships is immeasurable. 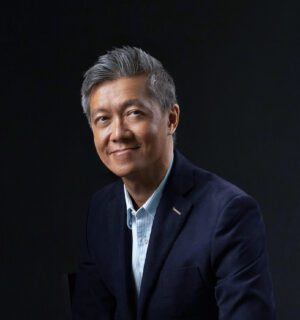